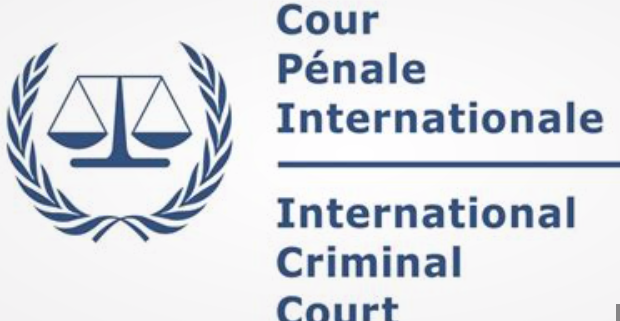 In my last post, I said it looks like the ball is being put into Israel’s political and military court by the hand of God. With the events of last week, things are in high gear, full throttle ahead.

Before we look at today, it is critical that we look at yesterday, at history so we can see the future. For those unaware, since December 11, 2020, we’ve been hosting expert speakers on current events from a biblical perspective with the first one being (Ret.) Col. John Somerville from Zion’s Watchman.

Since Dec 11, John has taught us about the US Presidents who became blessers of Israel. We have learned that each of these Presidents had someone early in their lives that planted the seed of Genesis 12:3 – always help and support the Jews.

If we take nothing else from John’s presentation, it must be this. This is our assignment too: plant seeds in the lives of others to always help and support the Jews. I would add, especially the children who have been placed in our lives.

If you’ve joined us live on Thursday nights or watched the recordings, you can clearly see the impact and importance of how nations rise and fall based on how they treat the land of Israel and the Jewish people. Let me know if you would like a copy of the recordings.

If the evidence proves President Trump was THE BEST American president towards Israel and the Jews, then why was he removed from office? I proposed the answer to this question in my last post: Biden was put into office for God’s purposes. The evidence is everywhere of the stolen election. In other words, we have a fake government that will carry out real consequences. But we’re not the only ones.

Last week, ICC judges rule that Judea, Samaria, Gaza and eastern Jerusalem are within the jurisdiction of the court.

Did you know the ICC is also a fake government with fake members?

“The International Criminal Court of Hague was established in 1998 (to supposedly ensure the world never sees a Holocaust again.) The ICC has 123 member states including the “State of Palestine” (a non-existent political entity) but neither Israel nor the US is a member. The ICC tries individuals and not states with the case naming specific officials who could be subject to warrants upon traveling outside of Israel if the court rules against Israel.” -Adam Berkowitz, journalist for Israel 365

This means Netanyahu could would be arrested for fake “war crimes” the second he leaves Israel or even worse, goes into a territory the ICC claims to have jurisdiction on: Judea, Samaria, East Jerusalem included. The ICC’s fake claim of war crimes is based on the 2014 Operation Protective Edge carried out by Israel in response to the kidnapping and murder of three Jewish teenage boys by Hamas.

Sheker, Sheker and more Sheker is Israeli for lies, lies, and more lies.

Not only is the pressure being increased on Israel from the fake ICC, our fake government has put key people in positions of power that have direct implications for Israel.

Key person #1: Maher Bitar has been appointed as Senior Director of Intelligence of the National Security Council. Who is Maher Bitar? Maher Bitar, one of the executive board members of Students for Justice in Palestine, was one of the principal organizers of the 2006 conference hosted by Georgetown University’s SJP hate group. SJP spews anti-semitic propaganda on college campuses throughout the US and the world while harassing and gas-lighting Jewish students.

Daniel Greenfield pointed out on FrontPage.org, while studying in Britain at Oxford’s Refugee Studies Centre Bitar wrote in a paper that Israel’s “political existence as a state is the cause for Palestinian dispossession and statelessness”. In other words, Bitar is not an advocate for a two-state solution. Not at all. Bitar thinks that Israel – the US’s key ally in the Middle East- should not exist at all. Yet this individual will now handle some of the most heavily classified intelligence available to the United States. He will decide what information America’s intelligence community shares with foreign intelligence services. (excerpt from Melanie Phillips)

To get an inside look into what I’m attempting to say is explained much better in the article below, written by Caroline Glick.
BIDEN’S DRIVE TO WAR IN THE MIDDLE EAST

Excerpt from an article by Adam Berkowitz with Israel365 News,

“Rabbi Hillel Weiss, the former spokesman for the Sanhedrin, emphasized that establishing courts and enacting justice is one of the Seven Noahide Laws incumbent upon all of mankind.

“We are in an intense period in which the final redemption is unavoidably imminent,” Rabbi Weiss said. “There are no more second chances. People need to choose right now, which they support: a system of judgment in Jerusalem  based on the Bible or an idolatrous court based on lies.”

He emphasized that politics is merely a tool God used to run the world.

“But men can usurp this,” Rabbi Weiss said. “Every nation brings their particular aspect to this which was the only justification for the United Nations and the ICC. But they cannot simply create their own truth that is in contradiction of the Bible and the truth.”

“The truth is that the land of Israel is the physical manifestation of the covenant between God and the Jews. By rejecting this, by serving the agenda of a made-up nation, the ICC has lost their mandate and their legitimacy.”

“This rejection of Jerusalem and the Biblical concept of justice is included in the prophecy by Zechariah,” Rabbi Weiss said, citing the prophet.

When all the nations of the earth gather against her. In that day, I will make Yerushalayim a stone for all the peoples to lift; all who lift it shall injure themselves. (Zechariah 12:3)

“This is why the same declaration of the ICC declaring a judgment has to refute Jerusalem,” Rabbi Weiss explained. “They are rejecting truth in justice but in essence, they are really rejecting Jerusalem.”

Rabbi Weiss described a solution that many would consider impossible or, at least, improbable.

“Trump began an effort to return the world to truth, to Jerusalem,” Rabbi Weiss said. “Nikki Haley was working to fix the UN. Just because Trump is not sitting in the Oval Office does not mean he is exempt from the task he began. That is just a political agenda. Establishing truth and justice is a Biblical mandate that is essential to all 70 nationalism and to all religions.”

It should be noted that the State Department under former-President Trump sanctioned Bensouda and Phakiso Mochochoko, head of The Hague court’s Jurisdiction, Complementarity and Cooperation Division, for “illegitimate attempts to subject Americans to its jurisdiction.” This was in response to the Hague’s investigation into alleged US war crimes connected to the war in Afghanistan. Bensouda’s six-year term will expire in June.

In addition, the US shut the Palestinian Liberation Organization mission in Washington in response to the case being brought to the ICC as it violated a 2015 Congressional mandate against such a move as it prevented bilateral negotiations between Israel and the Palestinian Authority. “

As I proposed in my last post, it is clear, the handwriting is on the wall. Israel is being forced into a position where they will stand alone with the world’s fake governments against them. From a biblical perspective, if the pattern holds, they will be forced to look to God for deliverance and help. The dismantling of world governments is happening. This has to happen to make way for God’s government soon to be set up in Jerusalem.

What we must do

It’s critical to keep up with current events in Israel and the Jewish people. Below are recommended Israel news sources.

Here’s a repeat of the short list of suggestions:

This is where we turn the page and announce our next speaker on current events from a biblical perspective, Tommy Waller- founder of Hayovel! We are thrilled to bring Tommy who will continue teaching on Genesis 12:3. Please share with friends and join us! Email me at atasteofisrael@gmail.com if you’ve never received the zoom link.

All eyes on Israel and especially, Jerusalem. In the soon-coming end of all the lies, the only real truth and justice will prevail- God’s truth and His Kingdom.

Pray for the Peace of Jerusalem; may those who love you prosper. Psalm 122:6