You are here: Home / Destination Jerusalem

“And give him no rest, till he establish, and till he makes Jerusalem a praise in the earth.” Isaiah 62:7

Recently, a report came out that Jerusalem is poised to be the world’s fastest growing tourist destination. The numbers in the report are remarkable and only confirms what I’ve been trying to tell anyone who will listen, ha!

The picture above was taken from a rooftop restaurant in Jerusalem, overlooking the old city. You can see the Muslim Dome of the Rock currently under Jordanian rule, (that is a whole other mind boggling story for later), which is on The Temple Mount where the 1st and 2nd Jewish Temples stood before their destruction by the Byzantines and Romans. Looking directly past the gold dome, you can see a light colored sandy-looking area. That is the Mount of Olives from where Yeshua ascended into heaven his last day on earth.

“He led them out toward Beit-Anyah; then, raising his hands, he said a b’rakhah (blessing) over them and as he was blessing them, he withdrew from them and was carried up into heaven.” Luke 24:50-51

Everytime I think about visiting somewhere other than Israel, nothing has the appeal Jerusalem does. Everywhere else is so lack lustre once you’ve experienced the best and most unique place on the planet.

The history, culture, spirituality, politics, intensity, innovation, inspiration, food, wine, education, technology, the past, the now, the future…it’s all there. 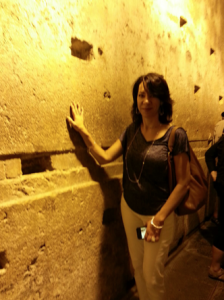 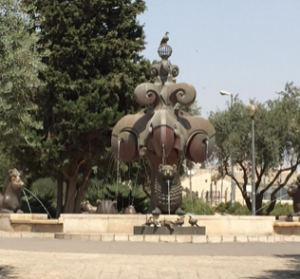 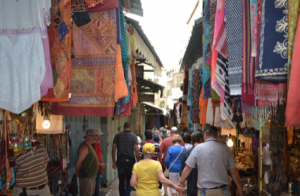 Everything started in Israel and everything is going to end there.  The global main stage, the epi center of the world, the very heartbeat of the earth. Israel is insanely intense yet so peaceful, full of shalom, it’s no wonder this report came out.

On my first trip to Jerusalem, our group was very large which meant we didn’t have much room or time to linger at the Kotel. And we weren’t told that we were going to the Kotel the day we visited so I wasn’t prepared. I didn’t have my hand-written prayers with me to place in the 2000 year old Western Wall…the moment I had waited for, for years. I was so heart broken over not being able to pray or soak in the moment of incredible spiritual richness that I decided to go back. My only chance to do that was on our final morning in Jerusalem before we left town at 8am. So I woke up at 5am and was walking down the street by 6am.As I walked the 20 minute trek, it began to lightly rain. (In Israel, rain is considered a blessing as it waters the fields and crops that feed the nation plus 30% of exported fruits and vegetables to other countries.)

Once I reached the old city, I started walking through the market that leads down to the Kotel. The old city is divided into 4 parts, the Jewish Quarter, Muslim Quarter, Christian Quarter and Armenian Quarter. And each quarter has countless side streets, alleyways, twists and turns. For first time visitors, it’s so very easy to get lost or go the wrong direction.It was early in the morning and all of the shops were closed with no one around to ask for directions.  Soon, I realized I was not sure which way to go and there wasn’t a soul in sight. I was lost. The clock was ticking and my time to pray was quickly passing.

Saying a quick but desperate prayer, I asked God for help. I barely had opened my eyes and out of nowhere a short, happy looking Jewish man walks up to me, asking if I am looking for the Kotel and did I need any help?

God sent me an angel, y’all! He is faithful to hear AND answer our prayers!He happily walked with me, showing me the way to the Kotel. As we walked and talked, I was blown away by his kindness and how he engaged me in talk about the bible. Then when he learned I was from Texas, he said quite enthusiastically, “WE LOVE TEXAS! When you see George Bush, tell him we love him too!”As we reached the Kotel, my guardian angel pointed to the Temple Mount where the Temples once stood and will stand again and said in a hushed but absolute tone, “Look there, The Messiah is coming soon and He will reign from that very spot.” I was speechless. Here I was staring at the heart of God’s home listening to a Jewish man pour out his longing heart with unbridled anticipation of the coming of the Messiah. You see? Jerusalem. It is the Ultimate Destination.

Eventually, I made my way to the Kotel, put my prayers in the ancient crevices and poured my heart out to God, thanking Him for allowing me to visit Israel, for sending me a guardian angel, for that moment, for waking me up spiritually, for showing me His heart, His land, His people and begging Him to please let me come back. 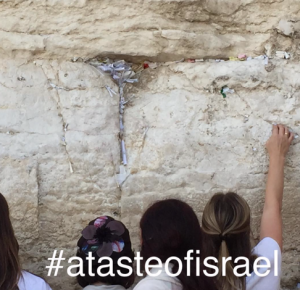 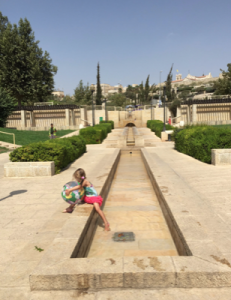 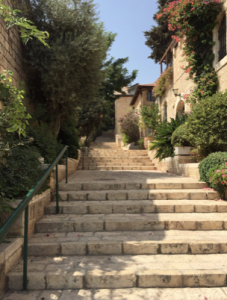 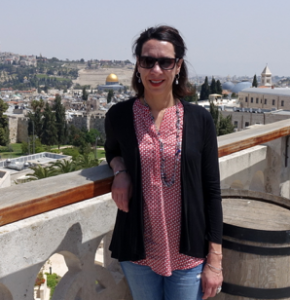 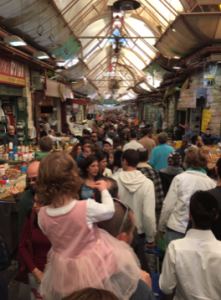 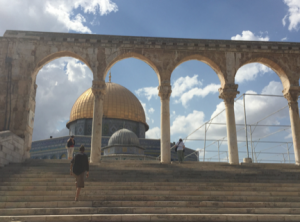 Just the fact that Israel is only 70 years old as a modern nation since 1948, a mere short 3 years after 6 million Jews were murdered at the hands of evil anti-semitism is mind-boggling on its own. Even more mind boggling is what the Jews have done with that tiny super power country in the last short 70 years…completely astounding. 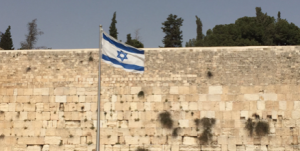 The way the city moves, the personality of her people, the presence of the world, the place God chose to put His name and His throne; I love everything about it.  The truth is, I feel most alive when I am in Israel and closest to God when I am in Jerusalem. 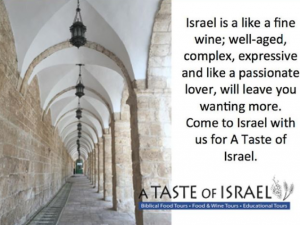 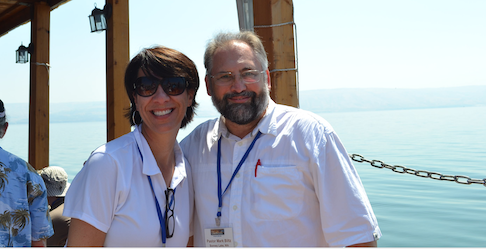 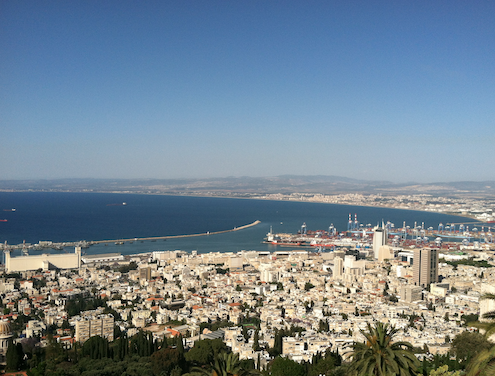 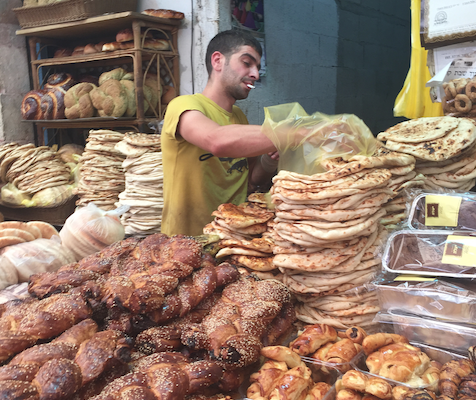 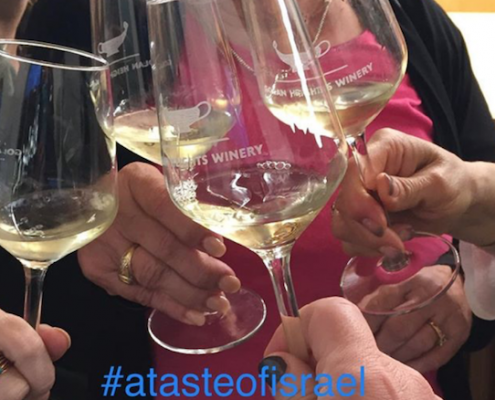 Tell Me More
Scroll to top