Blog
You are here: Home / Blog / Blog / A Shift In Thinking 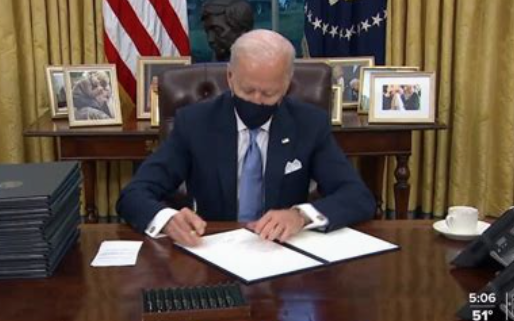 Greetings from a year and half hiatus. Since my last post, the world has changed. Forever. I’ve been posting my thoughts on FB but I suspect my days there are numbered. So, with great peace and lots to say, I’m returning to my blog because everything that is happening is really about Israel. We may not see that at the moment, but give it time, it will be in plain view. Please read on and share with friends.

Those who really know me, know that I’m an undying optimist.

Two weeks ago today, I gave myself the day to grieve over the loss of this country as we know it. I literally cried through most of our Zoom Bible study Friday evening.

I was and am broken hearted.

Not so much over losing our country’s greatest President, Donald J Trump to the biggest and most blatant political theft of our history, but more so over the loss of our morals, rejection of God and upcoming turn on Israel from our current government, knowing what that will bring us. In case you’re just tuning in to this issue, here’s a short summary of what I’m talking about. https://www.israelheartlandreport.com/news/palestinians-emboldened-by-the-new-us-administration?fbclid=IwAR0tG_Qw7AZzYnUsmcro7dIkn_YUMI-RfZ2oHqLy_YWiV-_3hw1PMsq4mlo

Honestly though, I agree with Dennis Prager. If I was in a position of counting ballots during Hitler’s election, I would have cheated my eyeballs out in the ballot counting if it meant keeping an evil person like him out of office. That would be my moral obligation to humanity, not to my government. The difference is that Trump isn’t the monster he’s made out to be. Unlike the evidence of Dachau, Auschwitz, Triblenka and more, there’s no evidence of Trump being a monster.

Ironically, the current TDS is the same mental illness as the baseless hate-filled Anti-semitism that fueled the Shoah…that caused thousands of good German Christians who were brainwashed into carrying out Hitler’s agenda, but that’s a different post. Nothing new under the sun.

While we try to hang on to our beloved country with a death grip, and fight we must, I continue to believe the fall of America will eventually be seen as a positive thing from a biblical perspective.

No, it’s never a “positive thing” to see a country fall, from a practical sense, but on the grand scheme of things, something much bigger and MUCH BETTER than our glorious Trump or disastrous Biden led government, is coming.

I’m reminded of the book of Daniel that says God raises kings and removes kings for His purposes. And chaos will be in full swing when The Messiah comes. This was my first thought on January 20, 2021. Biden was put in office for God’s purposes.

I know that sounds ludicrous and repulsive to many, myself included and I have no idea how that will play out but I am convinced Biden was put in office for God’s purposes.

One of the most eye opening things that happened to me on my first trip to Israel and many times over since then, is the way the religious Jewish people talk openly and freely, of the excitement and unbridled anticipation of the The Messiah coming. Simply put, they are excited about this.  Here’s a post about that. https://atasteofisrael.com/2019/07/05/3333/

I guess based on theological interpretation, many are fearful of what that means for their personal safety and security that will ensue with the growing chaos and rise of a corrupt Godless and lawless government.

This is where I think we need a shift in thinking.

The Living Word of God teaches over and over that HIS KINGDOM IS COMING. In order for HIS government to be established, all other governments must be crushed. Study the book of Daniel and you will see.

America is never going back to being Great Again. Wrap your mind around that and embrace it. Biden was put in office for God’s purposes. Crazy, I know.

With the evidence of America’s corrupt lying government currently turning on Israel with Biden’s blitz of executive orders including to reinstate financial support to Palestinian terrorists who get paid to kill Jews- The Pay to Slay program and talk of reinstating the Iran Deal to send more cash to fund their nuclear program and lift sanctions, aka The Deal with the Devil, it’s safe to say the handwriting is on the wall.

This is going to force Israel to not be dependent on other countries for their God given sovereignty over their country. This is the next step. It’s as if the ball is being put into Israel’s political and military court by the hand of God.

With their upcoming elections, the fourth in less than 2 years, I predict it will be jaw dropping drama with results no one could imagine.

Back to Americans, HEAR ME WHEN I SAY: The Q Anon is a very dangerous false deception. Don’t put your hope and trust in that. You should run away from that as fast as you can. If I end up being wrong, then, Hallelujah! I’m not proposing my thoughts and convictions for the sake of being right.

The quicker we shift our thinking away from any man or government able to save us and give us peace, the more we will be aligned with God and His blueprint. The quicker we will have peace. Our trust and hope is in God and Him alone.

Don’t get me wrong, we must continue engaging in politics and increasing our acts of kindness and speaking the truth but knowing our ultimate mindset should be on God’s agenda even if it seems counterintuitive or just plain crazy.

The soon to be outdated worldly government systems will very soon be replaced with God’s government. In Jerusalem.

Don’t be riddled with fear, God is doing this. He is in TOTAL control. He will protect us through the chaos.

All eyes on Jerusalem as we anticipate the eminent New and Eternal Kingdom being set up VERY SOON! Next Year in Jerusalem!